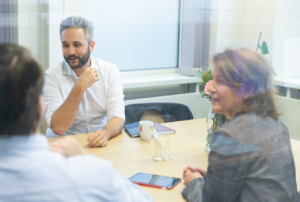 Brexit: far-reaching changes to VAT and customs as of 2021! 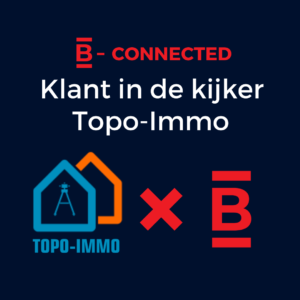 A follow-up to the UBO registration story: legislators... 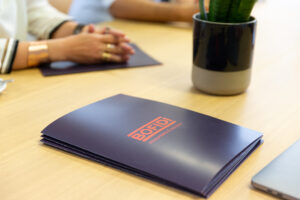 Temporary unemployment due to corona from 1 September:...

Recovery of tax on French dividends – current state of affairs

At BOFIDI, Karel is the contact person for personal income tax, salary splits and all obligations of international executives.

Belgian private investors are currently subject to double taxation if they receive dividends from French companies. In the first instance, a French withholding tax is deducted (12.8% for natural persons and 15% for legal persons), after which the remaining amount is then also fully subject to Belgian withholding tax of 30%. In short, at the end of the process, only slightly more than half remains net.

In recent years, there has been considerable opposition to this double taxation and case law has repeatedly expressed its views on this. Below we briefly explain the current state of affairs including the main rulings as well as the necessary steps to be taken by the taxpayer in the future.

In the appeal ruling of 16 June 2017 it was considered that the tax paid in France on a dividend distributed by a French company to a Belgian shareholder (i.e. 12.8%) should always be offset against the Belgian tax, even if in principle Belgian domestic law excludes this. Belgium is thus obliged to grant a minimum deductible amount of flat-rate foreign tax (hereinafter ‘FBB’), whereby the French withholding tax of 12.8% must be settled with 30% Belgian withholding tax.

The Court of Cassation based its ruling of 16 June 2017 on two arguments to allow the application of the FBB regulation on dividends received by taxpayers from French shares, namely the primacy of international law over national law and Article 19 A1 paragraph 2 of the Belgian-French double taxation convention.

More specifically, Article 19 A1 paragraph 2 stipulates that double taxation on dividends must be avoided by reducing the tax payable in Belgium “by the flat-rate portion of the foreign tax that is deductible under the conditions laid down by Belgian law, without that portion being less than 15% of the net amount”.

Given that the Belgian-French double taxation convention therefore explicitly allows the setoff, the general legal principle under which international law, in this case the Belgian-French double taxation convention, overrides national law must be taken into account. From this, according to the Court of Cassation, it had to be deduced that this setoff is mandatorily applicable, notwithstanding the fact that the FBB regulation for private investments by individuals was abolished in Belgium by the Law of 7 December 1988.

According to the Court of Cassation, private investors are thus entitled to a settlement from the FBB. It must therefore be possible to offset the French withholding tax against the Belgian withholding tax. However, in practice it appeared that the administration did not accept this Court of Cassation ruling. The Court in turn referred the case to the Court of Appeal in Antwerp, which pronounced on this on 17 December 2019 (see hereinafter).

Recently, a ruling was also made before the Court of Appeal in Brussels of 20 September 2018 on a similar case in which the same position as that of the Court of Cassation was taken.

However, the administration has filed an appeal against that ruling, so that the administrative position thus remains unchanged pending the decision of the Court of Cassation on the new appeal. This is therefore still being opposed.

A recent ruling by the Court of Appeal in Antwerp of December 17, 2019 seems to have finally clarified the meaning. The Court in Antwerp ruled overwhelmingly in favour of the Belgian taxpayer. It thus supports the Court of Cassation’s decision based on the general principle of law regarding the primacy of international law over national law. According to the Court, the double taxation convention between Belgium and France takes precedence over the provisions of Belgian domestic law.

Belgium is thus under an obligation to grant private investors a 15% tax credit due to dividends taxed in France. In addition, the Antwerp Court of Appeal ordered the Belgian Authorities to repay all the excess amounts of tax collected, plus interest of 7%.

In the event that French dividends have been received by a company in the past, part of the tax on this may possibly be reclaimed by means of a request for ex-officio exemption. The term is 5 years from 1 January of the year to/on which the unduly paid tax relates/is established. On account of this, it is therefore essential to make a request for repayment now.

Specifically, the following steps must be taken:

Still no light at the end of the tunnel?

Finally, please note that in spite of the above favourable decision, the federal public service, the Finance Department is still refusing to accept the interpretation of the double taxation convention between Belgium and France. As already mentioned, a new appeal has been launched against the ruling of the Brussels Court of Appeal and the same action is now being considered for the ruling of the Antwerp Court. In practice, many investors are currently still paying a double withholding tax on French dividends.

In this context, the federal public service, the Finance Department has indirectly confirmed that Belgium and France initialled a tax convention in December 2019 that provides for Belgian investors in Belgium to pay a 30% withholding tax, even if they have already paid withholding tax in France. The convention has yet to be ratified by the federal government and the Belgian parliaments. It will enter into force at the beginning of 2021 at the earliest, but the general expectation is that the convention will not enter into effect until 2023 or 2024.

Conclusion – the message is to take action!

Now that the decision has been taken by the Antwerp Court of Appeal and a clear trend has emerged in our case law, we are advising Belgian private investors to take action as soon as possible. Remaining dossiers must be reactivated in this context and if no previous steps have yet been taken, the excess tax paid in Belgium can still be recovered.

However, vigilance is still required as it is reported that the federal public service, Finance Department is going to publish a tax convention whereby Belgian investors in Belgium would still have to pay a 30% withholding tax. Undoubtedly to be continued …